Effects of micropatterning and surface modification of microfluidic channels

E. L. Tóth, P. Fürjes
The present work is intended to describe the design aspects of microfluidic structures applicable to dilute and transport analyte solutions to the sensing areas of biosensors. The behaviours of different chaotic mixer structures were analyzed numerically and experimentally to determine their efficiency.

E. L. Tóth, P. Fürjes
The present work is intended to describe the functional aspects and working principles of special microfluidic structures applicable to dilute and transport real biologic sample (e.g. whole blood) to subsequent functional parts of the sample preparation system or the sensing areas of biosensors. According to the preliminary expectations the fluidic layouts consisted of different advanced chaotic mixer systems and fabricated in PDMS polymer. The performance of the fluidic structures was characterized by experimental methods and numerical modeling. The particle transport in the different mixer structures was visualized and the results were explained by simulation of the particle motion.

Z. Fekete, A. Pongrácz, P. Fürjes
When aiming a complete microfluidic analysis system for human blood tests the blood plasma separation should be preferably also integrated in the device. The sensitivity of the analysis is significantly affected by the sample quality, so in this work the efficiency of the Zweifach-Fung effect based microfluidic separation systems was characterized.

E. L. Tóth, E. Holczer, P. Földesy, P. Fürjes
Series of different geometric singularities (extractions) were characterized regarding their
enhancement of blood plasma separation performance of cascade Zweifach-Fung bifurcations. Flow
fields and particle trajectories evolving in geometric perturbations were studied by Computational
Fluid Dynamics (CFD) simulation and the model was verified experimentally also. The development
of cell-depleted layer near the channel walls due to lift and shear forces were analyzed considering the
applied flow rates and number of singularities. An optimal flow rate was defined to avoid cell
recirculation in the extractions to be deteriorating purity of the proposed plasma. The effect of the
developing cell-depleted layer thickness on the plasma purity was studied to prove the improvement of
the separation technique due to the integrated inertial subsystems.

E. L. Tóth, A. Füredi, P. Fürjes
Microfluidic magnetic particle trapping system was modelled, designed and manufactured to characterise and enhance the separation efficiency during sample preparation and analysis. Coupled multiphysics model of the evolving magnetic field, fluid dynamics and particle trajectories was implemented in COMSOL Multiphysics. The movement and entrapment of magnetic beads in the microfluidic magnetic separation (MMS) system were analysed and the spatial distribution of the trapped magnetic particles were compared to experimental results. For functional validation the microfluidic system was manufactured in polydimethylsiloxane (PDMS) by soft lithography technique, and special Fe-Ni patterns were deposited to locally amplify the magnetic field. The measured flow and particle motion characteristics were in good correlation with the simulations. 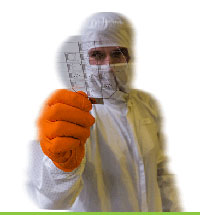